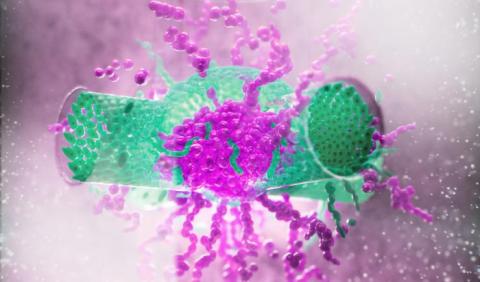 Neuroblastoma is a terrifying word for parents of young kids. This solid tumor cancer develops in the nerve tissue, primarily affects infants, and typically comes with a grim prognosis.

“There is a very high morbidity and mortality rate for these babies,” said researcher Vahid Serpooshan, an assistant professor in the Wallace H. Coulter Department of Biomedical Engineering at Georgia Tech and Emory University, whose lab develops tissue engineering technologies to study and better understand pediatric cancers.

Despite advances in treatment, neuroblastoma still accounts for about 15% of all pediatric oncology deaths. And more than half of those patients who do respond eventually relapse.

“Even with advanced treatments that have been successful, like chemo-immunotherapies, some of these babies will respond, and some won’t respond at all,” Serpooshan said. “We don’t really know exactly what is going on, and that is a huge dilemma. Part of the problem is, pediatric cancer in general has not been intensively studied as a specific and distinct disease. The challenge is, we need to develop better research tools.”

With that in mind, Serpooshan’s lab has collaborated with Emory pediatric oncologist Kelly Goldsmith to create a new 3D printed, dynamic model of pediatric neuroblastoma tumors that could lead to improved, personalized treatments for young patients.

Serpooshan and his team are focused on the neuroblastoma tumor microenvironment and its influence on tumor behavior and the tumor's response to therapy. These interactions play significant roles in cancer progression, metastasis, and response to therapies.

“In recent years, this has become an area of great research interest, but there is a lack of reliable and biomimetic experimental models,” said Serpooshan, whose team’s recent study in the journal Advanced Science details their work in developing an in vitro model of neuroblastoma using a relatively new technology called 3D bioprinting.

Instead of utilizing metals and plastics to create a device or model, as in traditional 3D printing, the bioprinting technique uses materials like cells and hydrogels to create functional 3D tissues. These materials, called bioink, mimic the composition of human tissues.

Serpooshan’s lab has been a pioneer in using bioprinting in tissue engineering and regenerative medicine applications, which is the group’s primary focus. For this project, the researchers applied a hydrogel called gelMA as the bioink.

Then human-derived neuroblastoma spheroids (3D cell cultures that mimic tissues and microtumors) and human vascular endothelial cells (the cells lining blood vessels) were incorporated into the bioprinted gelMA to create a working model of the neuroblastoma tumor microenvironment.

The researchers manufactured their model and studied the processes of cancer under static and dynamic conditions — static, when nothing is really moving through the system, is the approach most often used in drug screening with in vitro applications, “which is a big limitation,” Serpooshan said.

To track the tumor under more realistic, or dynamic, conditions, researchers used a bioreactor to simulate blood flow through the vasculature. Their analysis of the tumor environment under these conditions offered the most effective representation of what goes on between tumor cells and the vasculature, demonstrating in three dimensions how aggressively a tumor can grow, and how it may or may not respond to drugs.

“This is just a first step, but we’re very excited for having developed such a robust platform that can be adapted for a lot of future research applications,” Serpooshan said.

They’re starting with neuroblastoma, because Goldsmith’s lab has access to neuroblastoma cells from a variety of different patients and sources that now can be studied in a new way.

“Some of these patients already have shown resistance to chemo-immunotherapy,” Serpooshan said. “So we can take advantage of this clinical data and create different models, drill down to the basic cellular and molecular mechanisms at play, and potentially come up with scenarios and strategies to help those patients who are resisting the drugs. Now we can move forward and ask more meaningful and clinically relevant questions.”

Video of 3D Bioprinting in action 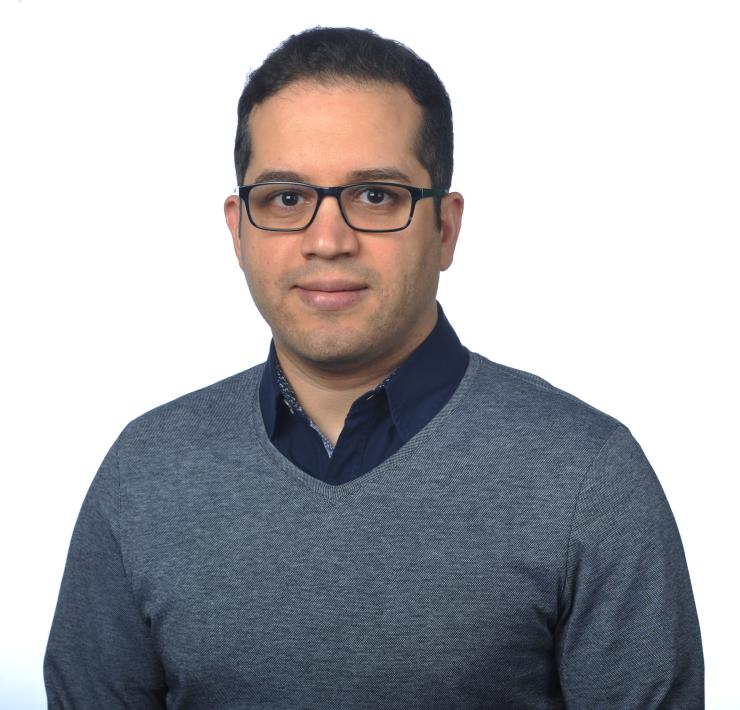